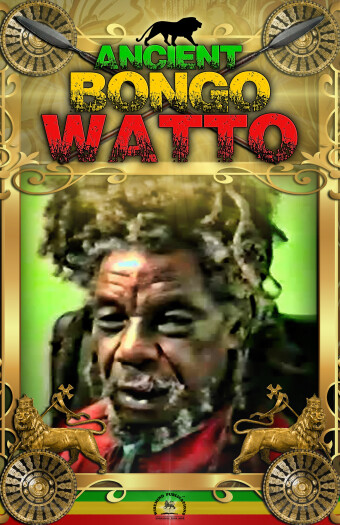 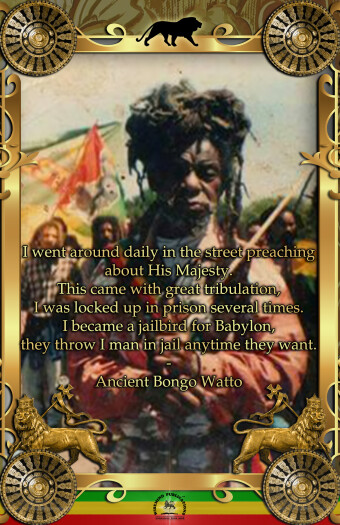 Bongo Watto (aka Henry F. Watson) was born July 1, 1925 in the par- ish of St. Mary to parents who were Garveyites. At least one of his par- ents was of Maroon descent. During the period of the Italian occupa- tion of Ethiopia (1935-41), he sighted Rastafari in his early teens. In those early years, as he once put it, he saw himself continuing the work of the Holy Prophet, Marcus Mosiah Garvey, who had come to “put the people in remembrance” of their African legacy as a source of pride and upliftment for the race. (p.8)