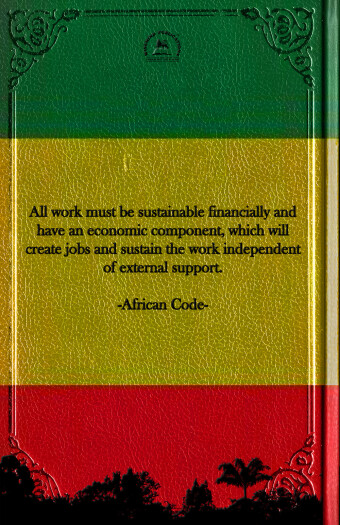 THE INSPIRATION OF NORTH GULLY

When Emperor Haile Selassie visited Jamaica and the Parish Council and officials were decorating the parade, one bystander said Priest Brown hoisted the Ethiopian Flag higher than the Jamaican flag. One Police inspector came and realized what was done and said “Who did that?” One individual replied ‘Priest Brown did that”. The inspector lowered the Ethiopian flag, and said “No flag should be raised higher than the Jamaican flag” and then walked away.” (p.5)