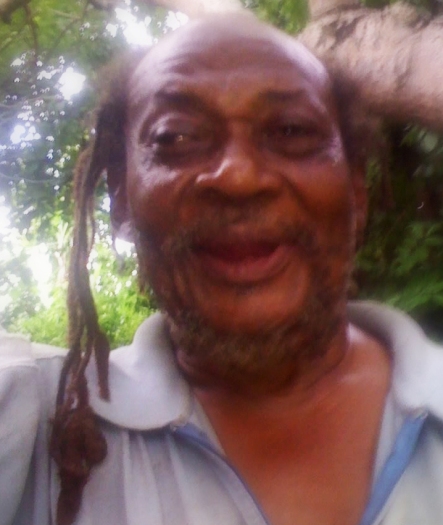 WHAT RASTAFARI MEANS TO I- ANCIENT BONGO JACK

Rastafari means rights and fullness of creation, Jah himself is I re- deemer. Jah is I shield upon thy right hand. Rastafari came to I when I was a youth, and visited himself unto I, and showed I that he is the creator, from right there I change from the world . Personal , because I was doing cabinet work at that time, and Jah himself now, set up him- self and tell I seh, I have to go out and warn the nation. Bongo Ashley, the same Ashley IIon also rise up at that time, and came with a ruling spirit, trying to hold down the fullness within the one.

In the early days, I lived among brethren in a place called Poor House Hills in the region of Albion Montego Bay, St James. InI were the first ones to live on lands in Albion, then others gradually came, we as a youth came down to Poor House to catch water and saw the poor peo- ple on the straight all the time. We started to show them about Rasta. At the time they knew nothing. It was five of us troding up during that pe- riod. One of the Impel was sick with his heart, I am not sure if he is still alive. I have not seem him again from the time he went away to trim, I told him not to trim, and he went away and do it still.

After I left Albion and returned to the hills, because every night It was just chanting, when you entered into a brethren gates it was chanting Iyah, and thanks giving as one go up in Ites, Impel Ites, then we started to sing praises to the Most High, and after that in the night hours in I man rest, I vision that, I man self from Jamaica go a ‘Yard’. When I go a ‘Yard’ I see myself in short trousers and a walking rod, and I saw Jah coming out of his palace.