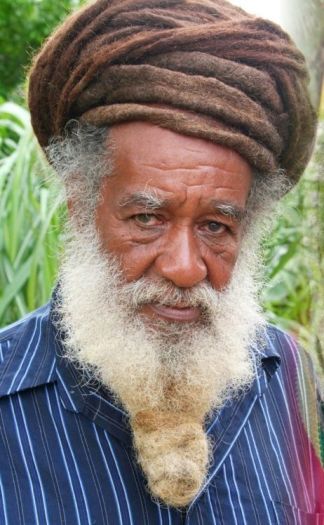 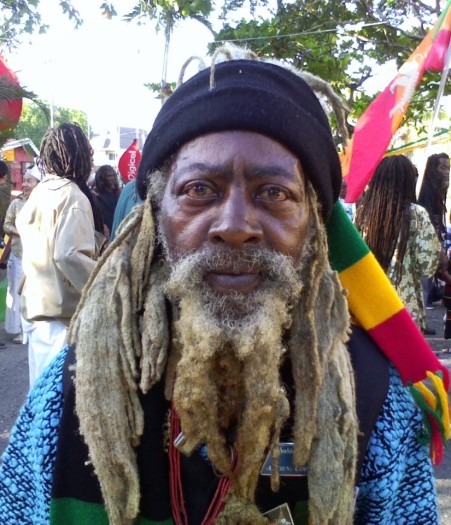 I was introduced into this Faith by Bongo Tawney, Bongo Jack, Ganja Stone, and man like Derminite. I was a little brown skin youth, and they always make sure that I was safe among the Rasses. In a black de- nomination, the term “Black you stand back, brown you stick around, and if you white you right,” was the saying. As a brown man, I was a ‘stick around.’

I was a youth who had a bad of temper growing up in the ghettos of Trench Town, Hannah Town and Grenich Town. Being a youth living in those areas, I grew up defending myself in ways I could.

I was employed by the Railway Corporation as a final year Apprentice after graduation from the Kingston Technical High School. Soon, I be- gan to trod up with the Nyah Binghi House, and soon realized, that to become a dread locks on the job would be serious offence. I had made up my mind to face the consequences. As a youth from Trench Town, we were marginalized with a red mark against our community. We never had much of a chance to attend the better schools such as KC or JC, as where we were living, it was labeled as a “ghetto.”

Father Sherlock, who was in Trench Town, saw my potential. He en- couraged me to pursue my education. I was also a very good athlete at school, and I played, and, helped them to win many championships.

Living in Trench Town, I was not interested in any church business. Very soon the drums of Rastafari called me to Bongo Watto’s camp at Davis Lane. I was pressured by Bongo Watto, because of the colour of my skin. In the long run, I was liked by him as I was not rude to the An- cients. Regardless of what happen, even when Watto cursed me, I pay it no attention.